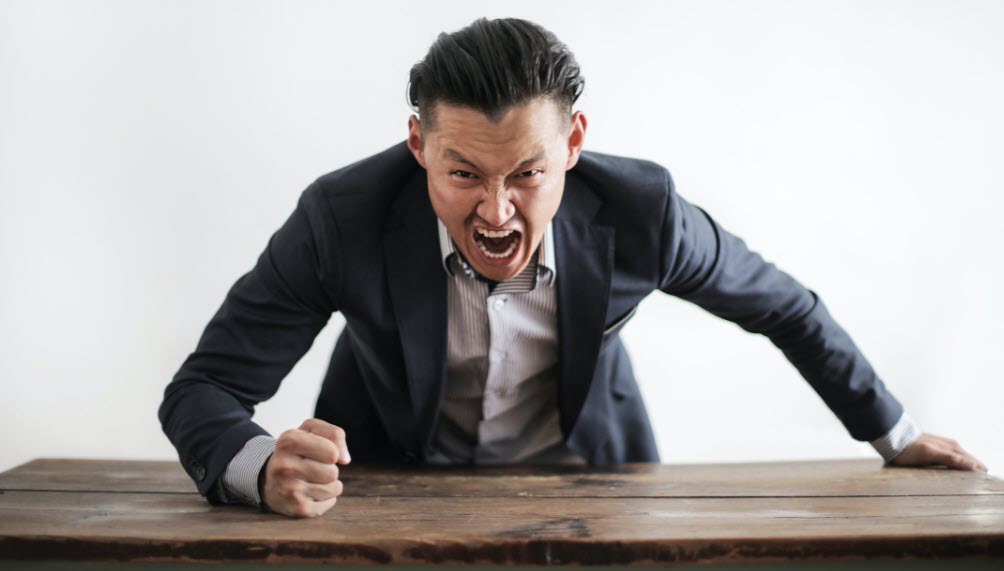 Our brains are powerful human hardware devices that have enabled us to learn, love, grow, create and make the world a better place for ourselves and other people. But they can also cause a lot of problems if we aren’t able to understand how they work and how to control them.

One of the biggest problems is that we spend too much time focusing on negative things.

A very common example is the performance evaluation at work. Your boss tells you that you did nine great things, but there are two areas you need to improve. Do you feel proud because you did so many things well? Or do you obsessively think about those two things you need to improve?

If you’re like most people, you’ll spend more time dwelling on the few things you need to improve.

Have you ever been in a good mood and then suddenly some idiot cuts you off while you’re driving? If you’re like many other people, you’ll spend more time stewing over the idiot that cut you off instead of being grateful for the other three great things that happened that day. As humans, we tend to spend more time focusing on negative things instead of positive ones.

Researchers conducted a study in which they told the first group of people that a certain medical procedure had a 70% success rate. The second group of participants were told that the same procedure had a 30% failure rate. The group that heard the success rate was 70% thought this was a good procedure since the word “success” is positive. The group that heard the failure rate was 30% didn’t like the procedure because “failure” sounds negative.

The statistical outcome of the procedure was EXACTLY the same, but since we tend to focus more on negative things, the second group thought the procedure wasn’t good. This experiment gets even more strange. The group that was initially told the procedure had a 70% success rate was later told it had a 30% failure rate. Now this group didn’t like the procedure.

The group that initially heard the experiment had a 30% failure rate was later told it had a 70% success rate, but they still didn’t like it. When both groups heard something they thought was negative, they stayed stuck in that mental prison of negativity.

And then there’s that harsh, negative critic inside our heads that lies to us, calls us names and destroys our self-worth. It tells us we’re not good enough, we’re not smart enough, we don’t look good enough or we shouldn’t even try.

Why We’re So Negative

Why are we so negative? One reason is evolution. Millions of years ago, our brains had to lean toward the negative side to keep us alive. There were wild animals that wanted to eat us and people from other tribes who wanted to hurt, rob or kill us.

In this harsh environment, it was good to be overly-cautious and approach simple things like walking and exploring with hyper-vigilance and negativity. It was better to be safe than sorry.

It was better to leave those two apples at the entrance of that cave alone because the negative brain thought “don’t grab them—there could be a wild animal in that cave just waiting to eat you.” The humanoids who were more negative and cautious generally lived long enough to have kids and pass their negative-leaning genes down to future generations. WE are those future generations.

This bias causes us to remember traumatic events better than good ones. It also makes us remember the negative things people said about us more than the kind words we received. This is why so many people who were bullied, ridiculed or criticized when they were kids now feel less than and doubt themselves.

Our negativity bias makes us want to avoid losses much more than receive gains. This can lead to many bad financial, employment and relationship decisions. If we lose money in the stock market or housing market, it can make us less able to take advantage of stock market or real estate opportunities in the future, which can stop us from growing our money. As a result, we may have to work longer to retire.

Our negative thinking can make us stay in bad relationships because we may believe that if we lose the person we’re with, they’ll be gone forever and our other prospects will be worse. Our negative outlooks can ruin our existing relationships by making us constantly think our mates aren’t good enough. We may over-exaggerate their bad qualities and fail to see their good ones.

We may settle for dead-end jobs because if we think about quitting them, our negative minds make us believe the new jobs will end up being worse than the ones we quit. Negative thoughts can distort reality and stop us from taking the healthy risks we need to take to grow in life.

Other studies have shown that people focus more on negative media news than positive news. This is why the news and media put a lot of emphasis on tragic and negative events and less emphasis on positive, uplifting news. Many news outlets are known to put the worst news upfront and then put the more positive and optimistic information at the end of the article.

Negative thinking does have a lot of bad consequences, but other types of negative thinking can help us. Negative thoughts sometimes give us useful information. They can help us understand what’s going on around us and help us make good decisions. They can accurately tell us when we’re in danger or when someone is trying to take advantage of us. Negative emotions sometimes let us know when we’re doing something wrong or aren’t living in alignment with our values. They can let us know when we’ve hurt someone or when we need to act differently.

Negativity has been hardwired into us for millions of years and it has helped keep us alive. But it’s very important to be mindful of when we’re being overly-negative and when some of our negativity is actually a useful warning signal that will help us become better, happier humans.