Sometimes getting what you want stops you from reaching your full potential. 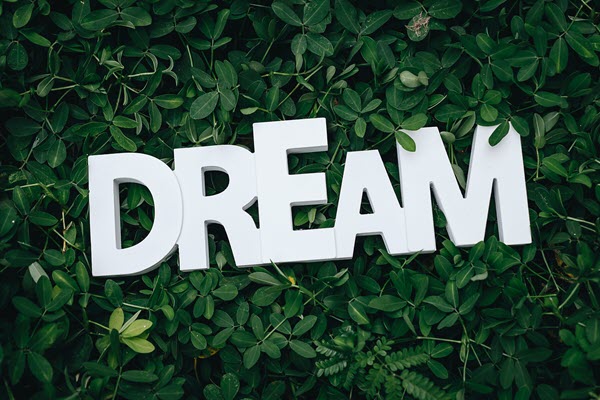 Image by Karyme Franca on Pexels

Have you ever wondered what you could’ve achieved if you’d taken a different path in life? Most humans tend to either take the path of least resistance or do something that requires work, but not a LOT of work.

Many of us tend to gravitate toward goals that offer more certainty and less risk.

But when we reach these goals and get what we want, we oftentimes aren’t truly happy. We can spend years or decades wondering “What would’ve happened if I’d tried to make that dream goal a reality?”

The Danger in Getting What You Want

After getting out of prison, I started attending community college, during which time I met a guy named Brendan. He had an incredible talent for solving complex problems and dreaming up great inventions.

Brendan later became an information technology (IT) project manager at a title company in California. Even after working there for 4 years, this cheap-ass company only paid him a meager $44,000 a year — far below what he was worth.

Brendan’s online company exploded. 2 years later, he was making over $800,000 a month. He sold his company for $7 million, just 2 and a half years after he started it with a $400 investment.

Before he started this lucrative business, we had a lot of conversations about how he could get a better technology job. I helped him with his resume and recommended more job search sites. He asked for raises many times.

Pursuing What You Want the MOST

“We are kept from our goal, not by obstacles, but by a clear path to a lesser goal.”

Many times in life we achieve goals that give us the illusion we’re doing the things we’re passionate about and want the most in life. As human beings, we’re sometimes very adept at fooling ourselves into believing we’re doing our best when we’re really just looking at ways to rationalize the fact we took the path that required less work, fewer failures, and less stress.

After I got out of prison, I did what I thought society wanted me to do and also what I thought I wanted to do the most. I got a great education, put in the hard work to establish a great career in technology, bought a house, got a new car, and went on vacation. Doing these things served me for many years, but I later learned these weren’t the things I wanted the most.

A voice in my head told me I should be doing something else, but I ignored it for a long time.

I really wanted to do things that were authentic to me — things that were aligned with my values, who I was and who I was becoming. That’s when I began doing life and business coaching, speaking, workshops, and ground-breaking volunteer work. I also began spending more time writing about things I’m passionate about.

These are the things I wanted to do the MOST.

Today, I’m still working in technology, but also doing life and business coaching, speaking, writing, and workshops as side hustles or passion projects. Although I’m not doing the things I want the most all the time, I do know what these things are and I’m working on doing them more and more.

We have to be honest with ourselves and get rid of any self-deception. If we’re not doing what is most authentic to us and will result in the most happiness and purpose, then we should admit that to ourselves. We may have to continue doing things that aren’t authentic and fulfilling until we can fully transition to the things we want the most.

But we have to try with 100% effort. If Brendan hadn’t gone thru the pain and struggle to build his business, he never would’ve discovered that he’s a brilliant entrepreneur, what it feels like to be a millionaire, and he wouldn’t have learned a lot of other things about himself.

And sometimes we try new things because we hope we’re finding something that will give us maximum happiness and purpose and later find out that things don’t work out. The main thing is that we TRY 100% and see how things pan out.

So give yourself permission to dream, try, fail, pivot, and continually reach higher.