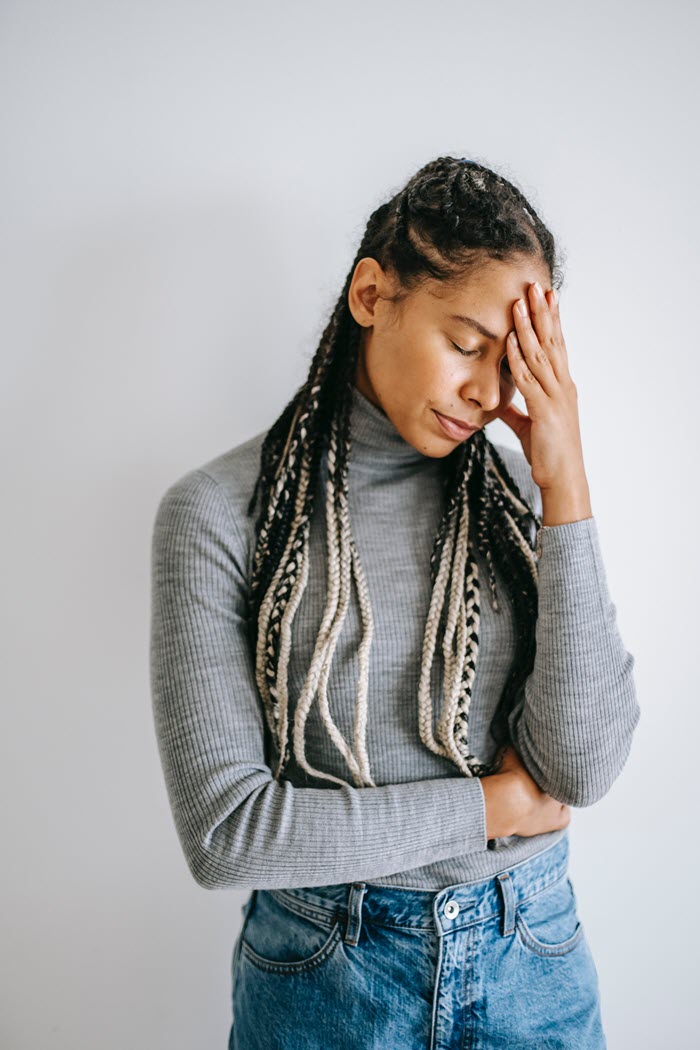 How many times have you said you weren’t going to settle — and then you settled? If I had $10 for every time I said I wouldn’t settle and then settled, I’d have enough money for a car. A nice car. Not an “ok” car I’m just settling for.

I’ve settled into jobs I didn’t like. I’ve settled with romantic partners I never should’ve been with. I’ve wasted years living in a state of mediocrity and self-deception when I should’ve realized I was settling, stepped thru my fears, and then did the hard work to get those things I wanted the most.

Here are some signs you’re settling and some things you can do to stop it so you can live a better life.

#1: You’re not honoring the things that define who you are.

When I got out of prison, I worked very hard to get a good education and build a successful career in technology. Doing those things served me well at that time and those were great accomplishments. But I later began feeling anxious, unhappy, and apathetic.

I realized I was feeling these dark emotions because some of my top values are contribution, growth, and human connection — values I couldn’t fully embrace working in technology.

When I began doing life and business coaching, speaking, and volunteer work, I was no longer anxious, unhappy, or apathetic. I was honoring my core values and who I really am.

Helping other people who are struggling, telling my story, and stepping into my true self allowed me to live a more exciting, fulfilling, and purposeful life.

Make sure your jobs and relationships allow you to be your true self and actively embrace those things that define who you are. If your top value is helping others, but your job keeps you stuck behind a computer in a cubicle, you’re not going to be happy.

If you’re hiding your personality, values, likes and dislikes, or opinions just to avoid creating friction with your mate, you’re not being authentic. You won’t be truly happy and live your best life.

You’ll be the happiest when you find someone who lets you comfortably be your true, authentic, unadulterated self. You’ll love that job that’s truly aligned with your values and allows you to use your gifts, strengths, and talents to do something that gives your life meaning and purpose.

I was with a girlfriend I wasn’t compatible with. I kept telling myself “I’ll find someone I’m more compatible with later.” “Later” turned into over 5 years.

A lot of us say we’ll do the things we really love later. We’ll start that business or that passion project later. We’ll find a more compatible mate when we have more time and energy. We’ll do it when the kids are out of the house. We get good at rationalizing why we can’t live more authentically right now.

Sometimes we get dealt some challenging cards and can’t do what we know we need to do right now. But we have to be self-aware and ask ourselves: “Is there no way I can do what I want to do the most right now or am I BSing myself into believing I can’t do it now?”

Inertia is a powerful thing. Strangely, a lot of people would rather stay in a bad situation instead of taking the risk of finding something better. Their fear of failure, not being good enough, or being alone keeps them stuck. One study showed that many people settle for less in relationships because they’re afraid of being single.

An employment survey revealed that a little more than half of Americans felt like they were unable to get better jobs.

The longer we stay stuck and continue putting off our dreams, the harder it gets to break free and start living better, more authentic lives.

First, realize when you’re making excuses and putting off the things you know you should be doing. Then start taking some risks, stepping thru the fear, and doing the hard work.

One of the best ways to take forward action is to imagine how terrible you’ll feel later if you don’t do it. Think about how crushing the regret would be.

#3: Despite trying to appear happy, you feel unhappy.

When I saw my second marriage slowly collapsing, I tried to stay positive and appear happy. I was starting to realize we weren’t compatible and were heading in different directions in life. I didn’t want to believe yet another marriage was failing. So I fooled myself into believing we were just going thru some temporary setbacks and things would get better later.

Our friends, neighbors, and family members saw us as a happy, fun-loving couple, when in reality, both of us were miserable. We were lying to ourselves. We blamed our unhappiness on the economy, my wife’s bartending job, my long commute, or other things that distracted us from the real problems. We lived in a world of rationalizations that reinforced that façade of contentment.

This was toxic positivity at its best.

The first step is to be honest with yourself. Realize it’s ok to admit that the relationship or job are a shit show. Get comfortable with feeling and owning those difficult emotions.

Then accept what’s going on without judging yourself harshly. Accept that you’ve settled. Don’t believe that harsh critic that calls you names or tells you you’re a failure. Just accept things as they are and realize it’s time to move on.

#4: You make excuses for bad things you’re putting up with.

Looking back, I put up with a lot of BS during my second marriage. One night, my wife fainted at the bar because she mixed alcohol with some drugs. I told myself “She has chronic pain and just needs to adjust her medicine better.” Another time, she drove her car off the road on the way back from her bartending job because she was abusing drugs. I told my neighbors she was just tired from working late.

When we make excuses for bad behavior, we’re probably settling. These excuses are just another form of rationalization.

I’ve heard people who work at unethical companies say things like “Yeah, our company got sued, but all companies do bad things,” or “My boss is really being an asshole, but he’s going thru a divorce.” The more we excuse dysfunctional behavior, the harder it is to get away from it.

Like other forms of rationalization, it’s sometimes hard to even realize we’re making BS excuses. One solution is to ask yourself a few questions:

It’s also critical that you understand your worth. You’re a good human being who has a lot to offer.
Love yourself. Stop making excuses for bad behavior. Follow the advice of Reggie Jackson:

Once you realize how good you really are, you never settle for playing less than your best.

#5: You feel drained more often than you feel energized.

Work can be sometimes be exhausting mentally and physically. Even when we’re doing something we love that’s aligned with who we are, we can still feel tired after a long, challenging day. But the question is “how often” do you feel drained compared to the times you feel energized? If the majority of days are draining, you’re most likely settling.

The same is true for our romantic relationships. Every interaction isn’t going to be blissfully spectacular. There will days when we argue and bicker more than we get along. But how often do our relationships drain us instead of energize us?

If your interactions with your partner are unusually draining, find out why. Are you actually compatible, but just need to improve the way you communicate with each other or fix something else? Are you just going thru a temporary rough patch? Or are you settling?

If you’re settling and see that things can’t be fixed, have that difficult conversation with your mate. Let them know how you feel and move on.

The same is true for your job. Sit down and figure out why it’s draining. Are you doing something you love and just going thru a temporary rough patch or are you settling?

“I hope you never fear those mountains in the distance. Never settle for the path of least resistance. Livin’ might mean takin’ chances but they’re worth takin’. Lovin might be a mistake but it’s worth makin’.” — Lee Ann Womack, “I Hope You Dance”

Settling involves self-deception and living in a state of mediocrity. In the very worst cases, we’re in a living hell. It’s so easy for us to lie to ourselves by thinking everything is just fine when our relationships or jobs are falling apart.

I’ve addressed settling in the context of unfufilling romantic relationships and jobs, but people also settle for less when it comes to physical health, friendships, entrepreneurship, personal growth, and other areas.

The power of inertia strangely makes many people stay in bad situations instead of doing what it takes to get the things that will make them truly happy.

To stop settling, first, acknowledge that you’ve been settling. Then step thru your fears and take the necessary risks to start going after what you really want in life. Do the hard work it takes to do those things that are aligned with who you really are.

You’ll only regret the things you didn’t do.